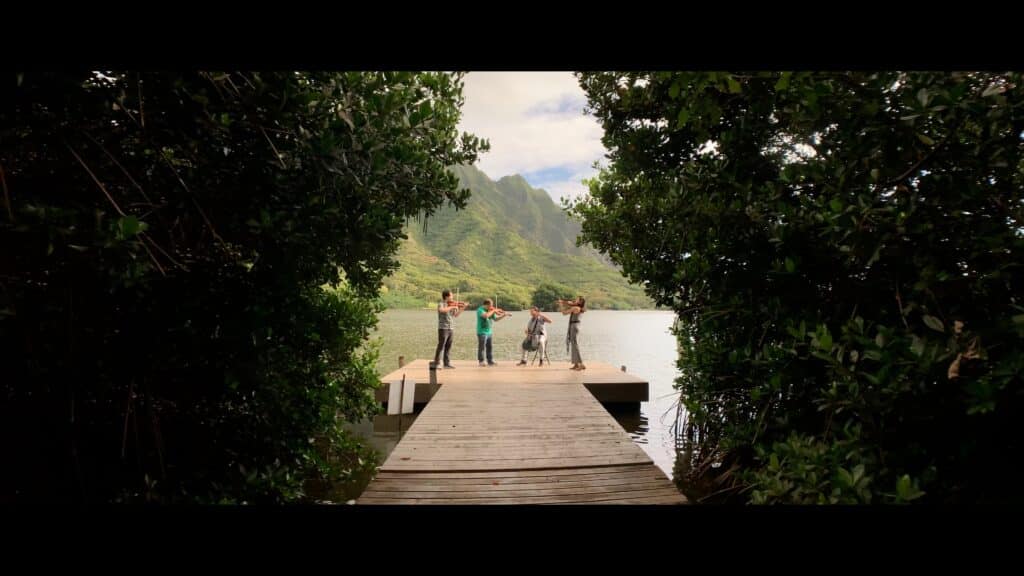 The Hawaiian song “Ku’u Pua i Paoakalani,” or “The Flowers of Paoakalani,” has a fascinating origin story. Its composer was Queen Lili’uokalani, Hawai’i’s last monarch, who in 1893 was deposed in a coup staged by Americans working toward U.S. annexation of the island nation. Imprisoned at Honolulu’s ‘Iolani Palace, Lili’uokalani was granted few pleasures. One was the delivery of flowers from her garden at Paoakalani in Waikiki. Unknown to her captors, the flowers came wrapped each day in the latest newspapers. Thus, the Queen maintained contact with the outside world.

Lili’uokalani was fluent in Hawaiian and Western musical traditions. Intimate with Hawaiian chant, she also studied from childhood with missionaries, and then with Henri Berger, a Prussian kapellmeister “loaned” by Kaiser Wilhelm to Hawai’i’s King Kamehameha. (Earlier, Berger had worked under Johann Strauss.) Lili’uokalani, blessed with perfect pitch, grew proficient at keyboard, guitar, zither, and autoharp, led a choir, and composed over one-hundred-fifty songs. Many are full of hidden meanings going outbound, including this one, written in gratitude to her flower delivery boy.

Last year, just before the pandemic hit, Hawai’i musician Duane Padilla arranged the song for string quartet. He read it with friends Eric Silberger, Mann-Wen Lo, and Joshua Nakazawa, who fell in love with it. Soon after, Padilla says, “everything was shutting down. We were feeling imprisoned. She was writing this music in prison. We could totally relate.” It was decided: they would record a whole album of Lili’uokalani songs as the Mana Music Quartet.

Padilla arranged one per week, grounding his approach in Hawaiian musical history. “Apparently, the violin was the lead instrument in Hawaiian string bands around the turn of the century,” says Padilla. “Who knew? And then the violin fell out of favor for political reasons, and also the lap steel guitar got electrified. But all the licks the lap steel plays were mimicking the string bands.”

The lap steel does make an appearance on the album, played by guest Greg Sardinha in “By & By, Ho’i Mai ‘Oe.” Elsewhere, in “Ka Hanu O Hanakeoki,” Padilla employs violin harmonics to mimic the instrument, while the viola provides rhythms typically played for hula by the pahu drum. Two other guests join in on “Ahe Lau Makani,” a popular song for kanakapia-style jam sessions: ukulele virtuoso Jake Shimabukuro and bassist Benny Rietveld. Rietveld is back for “Aloha ‘Oe,” inspired by a tender romantic embrace, and composed on a journey over Oahu’s Ko’olau Mountains, whose perfumed air seems to infuse the lush setting.

“Manu Kapalulu,” written by the queen in response to a disparaging remark, features squabbling, interrupting violins. In contrast is the album’s center of gravity, the prison song “The Queen’s Prayer,” imbued with the spirit of love and peace known as “aloha.”