Stratøs Aims for the Stars

Stratøs / photo courtesy of the artist 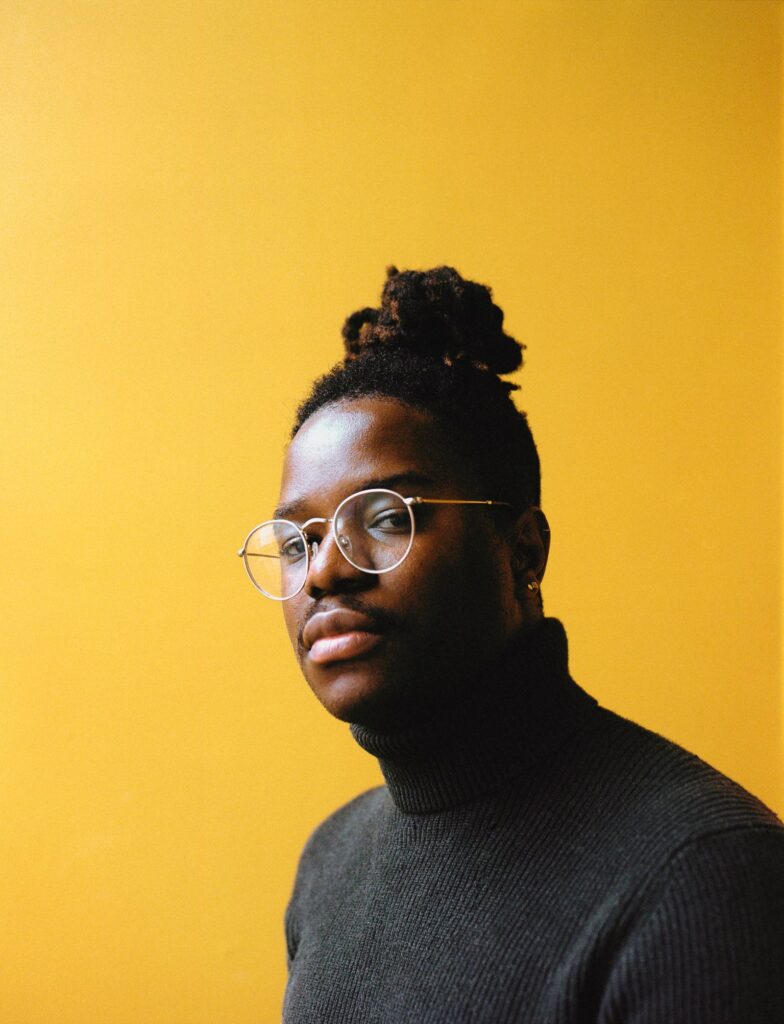 A little more than a year ago, saxophonist Eddie Codrington faced a conundrum familiar to many musicians: he needed to come up with a new name that could encompass his diversifying artistic endeavors. He ultimately landed on the subtly cosmic Stratøs. “I felt as though it would allow me to craft a more cohesive artistic narrative,” he said one autumn afternoon on a Zoom call. “If I did photography, composition, production, and saxophone all under one name—separate from my legal name, which people already knew me as a saxophonist under—then I might have a better chance of finding my unique voice.”

So far, it seems to have worked. Over the past few months, Stratøs has applied his unique voice to several different composing, performing, and production endeavors. His recent works include “The Archangel Suite,” a four-movement collection written for electronic jazz ensemble and accompanied by live visual projections; and “Obsidian Galaxy,” a collaboration project between the Western Michigan University Advanced Jazz Ensemble and electronic composer Dr. Christopher Biggs.

Names aside, Codrington’s composing career is off to an auspicious start: his compositions have netted him the Herb Alpert Young Jazz Composer Award for three consecutive years (2019-21), as well as a National Sawdust New Works commission in 2020. The latter award brought him the opportunity to compose a piece for the lauded JACK Quartet—the sublimely Ravel-esque “Gate’s Closing,” premiered in December 2020.

“I’ve been a fan of JACK for quite some time,” he said of the quartet, citing their work with the LeBeouf Brothers as a particular favorite. “Their work wasn’t just a tune with a path for strings; it dove completely into their sound.” For “Gate’s Closing,” Codrington also looked to Other People, the 2006 release by Kenny Wheeler in collaboration with the Hugo Wolf String Quartet. He said he admired the cohesiveness of their musical statement: “It wasn’t just a chance for someone to shred over some strings.”

Stratøs’ latest project is his debut full-length recording, Planets, a suite of nine tunes, one for each of the eight official planets, and a ninth for Pluto. Said Codrington, “I was very interested in utilizing a lot of different sounds, but in a way that all can still follow along”; he strove to give each planet a different sound.

Asked about the music that most profoundly influenced Planets, he said, “I’d say it’s an amalgam of the past five or so years of stuff that I’ve been doing. So the influences date back to maybe my first ones and current ones: Kenny Wheeler, Frank Carlberg, Maria Schneider, Ravel.”

Codrington was born and raised in Michigan, where he took up the saxophone via school music programs. He likens his saxophone style to the Cool School sounds of Paul Desmond, Gerry Mulligan, and Stan Getz. He’s working toward releasing some music that was recorded before Planets and targets spring 2022 for the release. It’s called Hohenheim, after a character created by the Japanese artist Hiromu Arakawa, and will feature an ensemble of saxophone, bass, piano, and string quartet. Thus, as Stratøs diversifies, he reaches new heights.

Martin Johnson is a writer and music critic based in New York City.